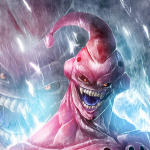 Hi everyone! I'm a collector of DB fan manga that is largely responsible for the recent explosion in popularity they've seen in the community. I've been reading DB fan manga every since 2010, where I discovered Toyble (Toyotaro's) DBAF story involving an illegitimate child of Goku called Xicor. But it wasn't until 2013 that I was exposed to fan manga at large after discovering the existence of DB Multiverse from there my interest was established. I read various fan stories from then on like Young Jijii's DBAF and DB New Age by Malik, but never had more than a passing interest.

But then in 2017, I discovered the existence of Super Vegeta Den by DragonGarowLee. A story about how Vegeta and Goku swapped places, with Vegeta being sent to Earth instead of Goku. While I found the story fascinating, I was frustrated by the fact that no one had added the English translation (one did exist). So I went and did it myself (with very poor results). Afterwards I went searching for communities that shared my interest, building a massive collection by hitting as many sites that had DB fan comics as I could. Tumblr, Twitter, Facebook, Imgur, Kanzenshuu, Deviantart etc.

After amassing this collection, I got in contact with a guy called Xeztin who was in charge of a Facebook page dedicated to sharing DB fan manga. We got chatting, and after a while I was added as an admin, which lead to a rapid increase in fan manga on the page, with fan mangas about Bardock, Freeza, Yamcha etc. We had explosive growth in our popularity over that year, but I wanted to further our influence. I ended up creating a Discord community for DB fan manga as well as a subreddit, and even a website.

After all this activity, I started to get noticed by certain Dragon Ball Youtubers that wanted to explore this previously niche section of the community, other Youtubers I reached out to. Several months on and many stories have been covered by them, but there are still so many more to do, I doubt we'll ever reach the end! I'm just happy I was able to play a role in introducing thousands and thousands of people to the wonderful world of Dragon Ball fan manga ;D

Retrieved from "https://dragonballfanon.fandom.com/wiki/User:TheDragonBallGuy75?oldid=368845"
Community content is available under CC-BY-SA unless otherwise noted.