Wsup! The name is Lau Nightwing (formerly known as Lau the G)! I've been contributing to this wiki for over a year. I've been a fan of the Dragon Ball series since I was VERY little! I'm very active and I enjoy this wiki. If you want help, go to this user. Don't be afraid to leave me a message on my talk page. Thanks!

If you want to see my reviews, look here.

* A Fan Fiction about Frieza

All the pictures I drew/edited!

Brocc, an AWESOME Saiyan by MEEEEEEEE

A fusion of Brocc and another character, Preach. 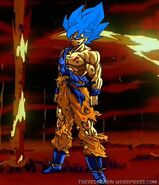 A technique by Brocc. It's sloppy, but I was lazy! 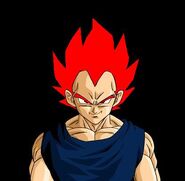 10 Chiaotzu- He sucks! He retired after the Saiyan Saga, even earlier than Yamcha! And what did self-destructing himself do? It only pissed off Nappa even more. WROST HERO EVER!!!!!

9. Yamcha- I hate him! He's such a bitch! (Sorry for language) It's SOO true though! He pretty much retired after the Cell Saga and he's not really all that strong.

8. Tien- I don't have anything against Tien, it's just that he's not one of my favorites. He's a pretty cool character, though.

7. Krillin- He's OK. The only reason he's on this list is that he's the reason Goku became a Super Saiyan! And it's pretty weak how he died in DB, Z, and GT!

6. Chi-Chi- I know what you're thinking: Chi-Chi?! The reason she's up there is because she's the only person who scares Goku! It's so funny when she yells at him!

5. Piccolo- He's always so chill and mellow! He helped Gohan and the others fight Frieza and he even sacrificed himself for him! And it was sad to see him die with the Earth in GT. He's a good person.

4. Gohan- I won't lie. Gohan was such a girl the first few sagas, but when he went Super Saiyan 2 it was SOO crazy! And I also like when he became Mystic Gohan. He's a cool character.

3. Vegeta- He's so cool! He is always determined to surpass Goku. And his strengh rivals Goku's too! And I think it's a crazy twist how he became good. He also helped save the Earth a few times!

2. Goku- He's the main character, so duh, he's one of my favorites! Even Kid Goku was cool in his days. And he's the only one who has mastered ALL Super Saiyan transformations. He also made some heroic sacrifices.

1. Vegito- He is SOO beast! It's unlimited how many times has he ripped Buu apart so easily. He even could have killed Buu at any time, but he let himself get digested so he could save his friends. That's a sign of bravery!

10. Cui- Worthless drawing space. He sucks so bad, he shouldn't have even been a DBZ character! And you think that Lord Frieza crap will fool Vegete? Well how did you like those Dirty Fireworks?!

9. Dr. Gero- He's annoying! He's such a girl that he has to make flipping robots to fight for him. He even turned himself into an Android, and he still got washed by Piccolo!

8. Dr. Mew- Him and his buddy Gero are both weak old scientist who BOTH had their inventions turn on them. At least one thing came out of al this... Super 17!

7. Baby- How dare he take control of Vegeta?! He's just a wothless old Tuffle parasite who has to control people to get his revenge. I don't like him!

6. Cell- He's OK. But he has even better power! But it was so retarted how he came back to Earth. I hate all of his forms except his Perfect and Super Perfect form. He's a cool enemy.

5. Frieza (Final Form)- Cool enemy! His speed was amazing, and even caught Goku on the ropes! But he's had some close calls, like that x20 Kaio-ken, or the Spirit Bomb. He's cool!

4. Kid Buu- Complete maniac! He's a kid, but with CRAZY power! He just blows up planets just for himself and just wants to have fun. And I like the pink!

3. Super 17- I don't like the androids that much, but he's the strongest one out there! He has awesome techniques and was strong enough to stand up to Goku in his Super Saiyan 4 form!

2. Vegeta (Scouter)- Complete badass! He was stronger than all the Z Fighters and even wasted his own parter! And he fights awesome battles on Planet Namek. Beast Villian.

1. Broly- He's an awesome villian! He fought all of the Z Fighters at the same time! And he is a Legendary Super Saiyan, a form only unique to him. And my favorite thing he says is "KAKAROT!!!!!"

I have a youtube channel where I rap and make funny videos and play video games.Here it is: LauGman. It would really help if you watched and liked my videos so I can get noticed. Some subscribers would help, too! :p But yeah, enjoy!

My Favorite Users (Not In Order)[]

Zeon1- Awesome user and a great writer! I've also collaborated with him!

Paradise Paradox- The only other black guy I know here XD And I will also collaborate with him too!