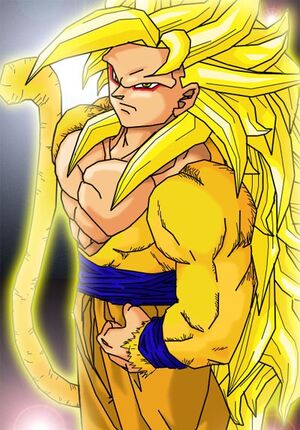 Goku was the first to obtain Super Saiyan 7. He did so while fighting dark TRUNKS while going out of control with anger and power.