The Golden Form is a form a Changeling can take by unleashing their energy to the fullest instead of restraining it with regression. This can be used in either the base form or Progression, but not in any Regression forms as the user's body is restraining the energy. Unlike their Fifth Form, the Golden Form is the only Changeling Form that drains the user's energy if not fully mastered.

While their body does undergo a few minor structural changes, they still relatively look like the form they are using the Golden Form in. Their skin becomes golde with certain parts changing colors. Their orbs sometimes change colors as well. 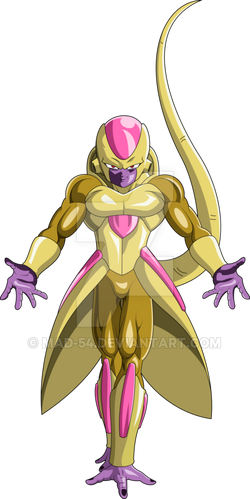 Arctic uses this form against Goku while in his base form. 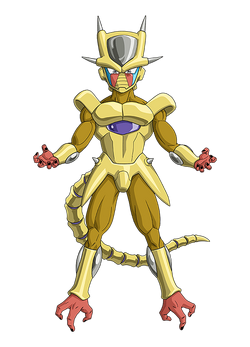 Zero uses this form against Gohan and Goten while in his Progression. 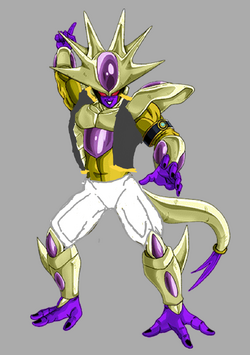 Since Zero could use Golden Form, unlike Iceberg, Zeroberg uses this form against Gohan and Goten while in his Progression.