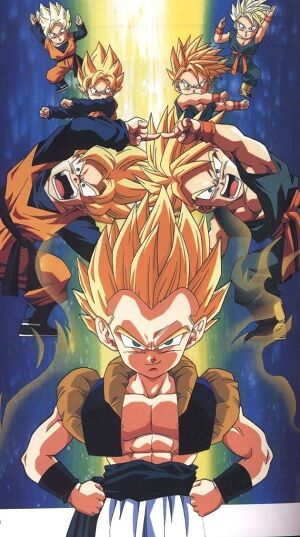 Fusion-Ha (also known as the "Fusion Dance") is the technique used by many characters in the show to fuse together into a more powerful warrior.

The Fusion-Ha Technique is done by doing a specific dance with someone else, timing the movements absolutely perfectly, and combining into a single person. It can only be done with those with exactly the same energy and other similar qualities. It is not limited to race, though, since Goku and Hercule fused together once.

Failing the moves of the Fusion-Ha technique, will result in a failed fusion. This can either result in someone very fat instead as well as very skinny, very old, very short, etc. The failed fusion usually has less power than the originals put together, making a failed fusion not a decent result.

Known fusions in Dragonball Xz include: 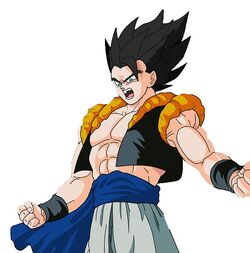 This is the fusion done by having Goku and Vegeta do the Fusion-Ha technique with each other. 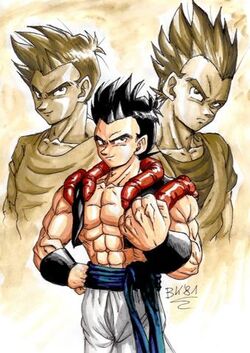 This is the fusion done by having Gohan and Goten do the Fusion-Ha technique with each other. 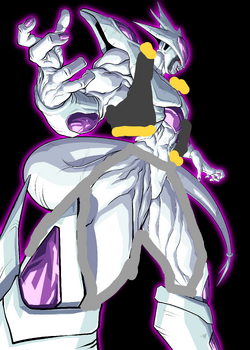 This is the fusion done by having Zero and Iceberg do the Fusion-Ha with each other.