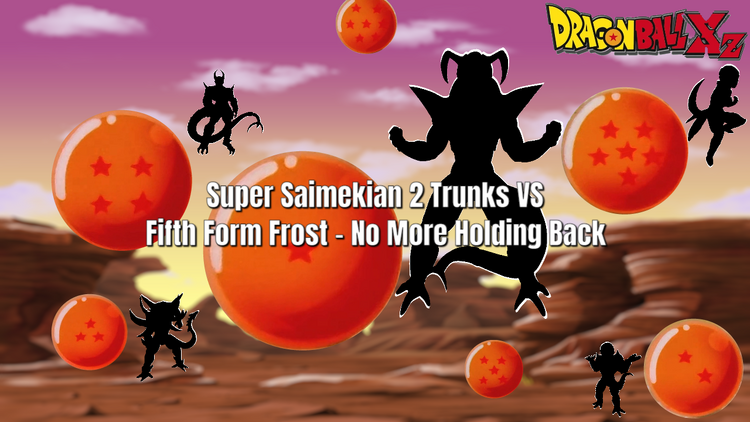 Fourth Form Frozen finally arrives at the right between the Galactic Emperors & the 4 Saiuyans. Trunks finally catches up with him now that he's stopped.

"Ah, so I see Zero and Iceberg have gone into their final forms. And from the looks of it, those two Saiyans aren't as familiar with this form as y'all are with our true final forms," Fourth Form Frozen taunts/.

"If that's not your true final form, then why not change into it?" Trunks asks, in his base form.

"Ha, and do what? Turn you into a bloodstain? You at your strongest were too weak to handle my fourth form. You were even too exhausted to keep your Super Bright Saiyan 2 or whatever going," Fourth Form frozen replies.

"You're not the only one who hides your true forms from your enemy," Trunks taunts.

"Of course, I was following your stupid forms. You don't need to give me a history lesson," Fourth Form Frozen says.

"But my powers aren't limited to just the Saiyans. Remember those Namekians you killed back on Original Namek?" Super Light Saiyan 2 Trunks asks as he returns to base form.

"Yes, of course. And what about them?" Fourth Form Frozen seems worried and it's obviouys he's bluffing his cockiness.

"What if I told you that one of their kind gave me Namekian powers too?!" Trunks asks as his muscles swell and he not only gets larger muscles, but also grows a few meters in height. Fourth Form Frozen is frozen in fear. "This is the Namekian power of Gigantification's Light Version: Light Gigantification. And while most Namekians can use this form..." Great Trunks says, shrinking back down to regular Trunks, "...only few have ever ascended beyond that into a Super Namekian..."

"S-Super Namekian? Impossible! But the only one to achieve that form is the one that sealed us away..." Fourth Form Frozen says, gasping.

Trunks is wreathed in Light energy as it collects around the sparks arching across his body. He looks almost normal barring the light energy. "This is it's Light Version, Super Light Namekian."

"Impossible..." is all Fourth Form Frozen can say.

Fifth Form Frozen launches at Super Positive Saimekian 2 Trunks, who simply lifts his hand, revealing a charging energy ball on his index finger that he's been gathering this entire time.

"I think you should taste the wrath of all the Namekians you slaughtered! LIGHT SPECIAL BEAM CANNON!" Super Positive Saimekian 2 Trunks roars as he fires off a Light Special Beam Cannon at Fifth Form Frozen, who instantly drops dead. 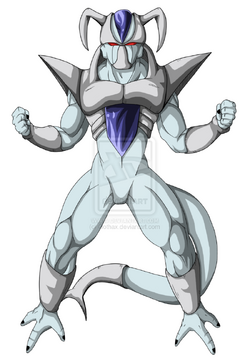