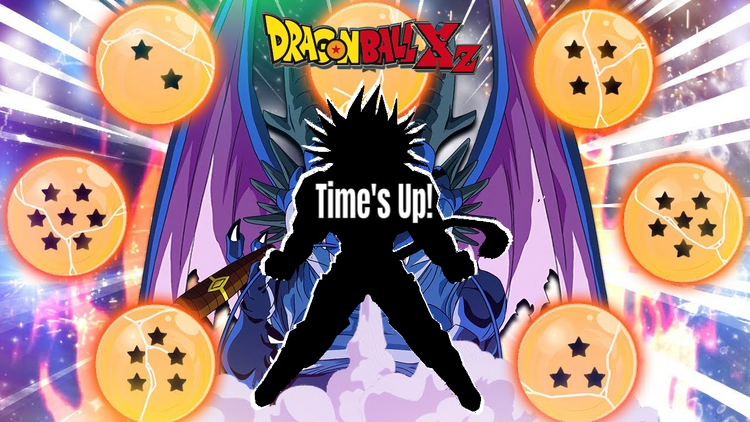 The light clears away. Bardock lays on the ground and looks for Gogeta or Gohanten. "What the hell just happened?" he askes. What he finds suprises him as well as filling him with dread.

"What just happened? Was the attack too powerful for us?" Goku asks.

"Damn it, I guess the time wore out on the Fusion-Ha technique." Goten says.

"Hahahaha! Poor poor Saiyans. You might have had me with your Saiyan Family Kamehameha x10000000, but alas, your fusion technique must have worn off. Such a pity, it was actualyl a pretty balanced fight. I guess that's not the case anymore," dark TRUNKS says with a laugh.

This doesn't deter the saiysns though. They all get up and try again. "Saiyan Family Kamehameha x1000000!"

The explosion causes them to scatter. THey catch themselves midair before charging at dark TRUNKS once again. They engage in a clash like before, but this time dark TRUNKS has the upper hand the entire time, since the saiyans are not fused anymore.

The episode ends with the camera turning to dark TRUNKS in the middle of everyone attacking him at once and zooms in on his face with him saying "I think it's time to end this. Have fun in the afterlife, Saiyans" with the screen fading to black.