Dragon Ball: Super Blast is the sequel to the game, Dragon Ball: Raging Blast 5. It is available for Wii, Nitendo, Xbox, Ps3, and Nitendo 3DS. The graphics are better than the first game. The game was created by Ultimate avatar.

If you win a battle you get money for how well you did. You can use the money to buy the Potara Earrings, new characters, new locations, new gear for your characters, and customize your chracters. You can also create characters with the money. The highest amount of money you can get after a single battle is one thousand ryo. You start the game with 50,000 ryo.

How Much Charcters Cost[]

You can shop with the money you have. A character named Suyo runs the shop and you have to buy every other character until you buy her. You have to customize Goku into his Super Saiyan forms in the shop. The characters, gear, and customized forms cost a certain amount of ryo. The Infinite Super Saiyan forms are the last foms in the shop and they cost 1,000,000,000 ryo so you have to fight for a long time to get the forms. You can create characters for Suyo to capture and they will be avalible in the shop for 400,000 ryo.

Characters Created For You[]

You can go to the shop and buy new costumes for the characters you unlock. Everytime you buy a new

character, the screen will say "Items have been added to the Shop" and every costume will cost 5,000 ryo so you will just fight for a bit. You can create costumes and add them to the shop, or you can use costumes from characters in the show and you can put a character in the costume.

This is the Gallery for this video game because if you earn new characters, they will appear in the gallary. 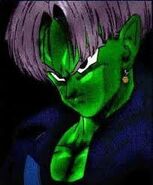 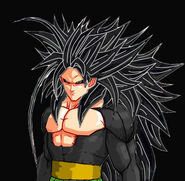 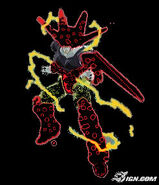