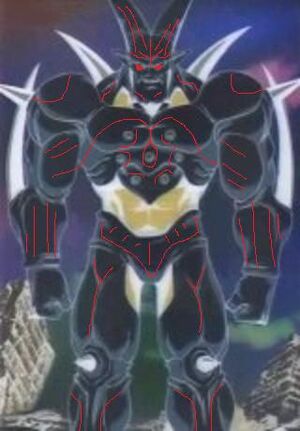 dark Shadow Dragons look exactly like normal Changelings, except their entire body isnegative and they are covered in colored glyphs.

dark OMEGA SHENRON is the dark COUNTERPART of Omega Shenron. He has all the powers of the original Omega Shenron except he is as powerful as a Super Saiyan 5.