The Chrono Ma'at are godlike beings that, at one time, controlled the balance of time. They were commissioned by God to control the balance of day and night until the celestial objects were completed and later to battle against any phenomena that wanted to harm Earth. So for thousands of eons, many alien life forms and constellation spirits stayed away from Earth for fear that they would accidentally harm the planet and invoke their wrath. Only the sun, however, would have eradicated them, because the moon was more intuitive and judged only by what was in others' hearts. Because of this, the three minor Chrono Ma'at looked up to her as their leader, even the prideful dawn. At times, the moon caused a solar eclipse in order to ensure that alien visitors with pure hearts spotted by the sun could get through. It is unknown, though, how the moon distracts it, possibly by challenging it. Eventually, though, at least all the Chrono Ma'at except for the sun were sealed away in some form long before the Grand Supreme Kai, Dai Kaio, was born, allowing hostile aliens to arrive, most of them with ships too fast to be caught by the sun.

Dawnus, dragon of the dawn

Duskus, dragon of the sunset 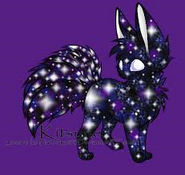 Astralas
Add a photo to this gallery
Retrieved from "https://dragonballfanon.fandom.com/wiki/Chrono_Ma%27at?oldid=329706"
Community content is available under CC-BY-SA unless otherwise noted.