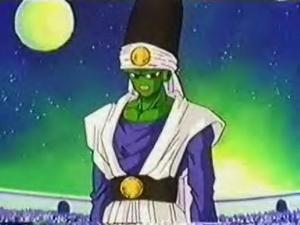 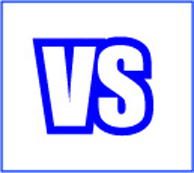 Goku thinks about who to send in when suddenly a familiar face comes down from the sky. Goku looks to see who has come. "Hey Pikkon," Goku says. "Hello Goku," Pikkon replies, "I have been sent here by King Yema to help you." Guile sees this and says, "Oh my God, could they stop having last minute entries." "I will fight next," Pikkon shouts as he walks towards the center of the street. Guile looks at his group of fighters and shouts, "Blanka, you're up! We don't know how strong this guy is, but I'll bet you are strong enough to take him." Blanka walks to Guile and says, "All right sir." Blanka begins to walk towards the center of the road. "Good choice," Ryu says to Guile.

Pikkon and Blanka see each other. Blanka begins to run at Pikkon, and Pikkon begins to fly towards Blanka at a high speed. When the two meet they clash their right fists together. Blanka then grabs Pikkon with his left hand and throws him into a light pole that falls over when he hits it. "Ha," Blanka shouts. Pikkon gets up and remarks, "Is that all you've got." Blanka laughs and runs at Pikkon. When Blanka is right in front of him Pikkon flies up into the air. Blanka tries to grab Pikkon by jumping up at him but Pikkon goes up to high. "Hey, that's not fair," Blanka shouts. Pikkon begins to spin around using the Hyper Tornado technique and rams down into Blanka, thrusting them both into a building. Inside of the building Blanka gets up and turns to see Pikkon standing alone staring at him. Blanka growls at Pikkon. Pikkon gets into a battle position. Blanka looks to his right and sees a table. Blanka picks it up and throws it at Pikkon blowing him through the back wall. Pikkon gets up throwing the table off of himself and then triggers his Blazing Shoot mode. Blanka charges at Pikkon and the two begin a giant slugfest, beating each other into pulps. Eventually Pikkon jumps back and uses the Thunder Flash Attack shooting fire from his fists at Blanka and all over the building and the ceiling collapses on top of Blanka. When Pikkon stops he powers down knowing that he had won but Blanka suddenly emerges from the rubble. Blanka charges at Pikkon and rapidly beats him with his fists making Pikkon fly around like a rag doll. Eventually Blanka has Pikkon on the ground moaning in pain. Blanka then plants his right foot on Pikkon's throat and begins to choke him saying, "Better luck next time." When Pikkon is dead Blanka roars in victory and then takes his foot off of him and Pikkon disappears, going back to Other World.

Blanka walks out of the building. Everyone watches to see if Pikkon is coming out as well but they all eventually realize that he isn't coming out. "Yes," Guile says, "Another victory for us."

"No," Goku says on his side of the street. "Poor Pikkon," Gohan says. "That gives them two victories," Krillin tells Goku, "We need to catch up." "I know," Goku replies.

Retrieved from "https://dragonballfanon.fandom.com/wiki/Chapter_5:_Pikkon_vs._Blanka?oldid=54953"
Community content is available under CC-BY-SA unless otherwise noted.